Originally developed by one of Japan’s largest sake producers for enjoyment during the Olympic games in the 1960s, sake “one cups” have become ubiquitous in Japanese culture. One cups are a fast and easy way for Japanese people to enjoy sake on their train rides home, at picnics, at sporting events, and at outdoor festivals. They often feature collectible designs of animals and characters with auspicious cultural symbolism behind them. However, the presence of truly premium sake in the world of one cups is still somewhat limited.

Working with one of Kyoto’s most iconic sake breweries, VC has developed Bushido "Way of the Warrior" – a modern, powerful, vibrant brew intended to expand the already growing demographic of sake drinkers in the US. There’s no need to worry about having the right glassware or pouring the right amount – with Bushido Cans, you can peel back the lid and drink directly from the can, delivering a premium product that can be consumed in a more casual and convivial manner.

Bushido’s canned sake represents a premiumization of portable sake and comes at a time when canned alcoholic beverages are seeing growth in the U.S., with canned wine sales up 125.2% in value in the 52 weeks ending June 18, 2016, according to Nielsen data. It also enters the market as U.S. consumer interest in premium sake is on the rise with sake in general up 6.7% percent in value and 5.3% in volume in 2016 versus 2015 per Nielsen data.

Although the aesthetic of the can is modern and unconventional, the symbolism of the can has far-reaching roots; the fox on the can represents the god of sake rice, and “Bushido” is the ancient samurai code of courage, veracity, and honor. 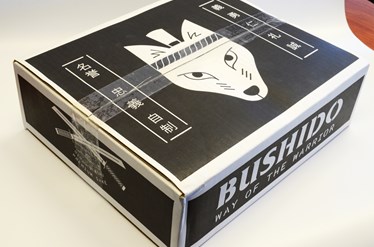 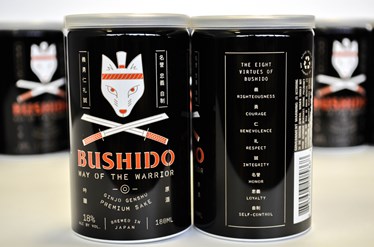 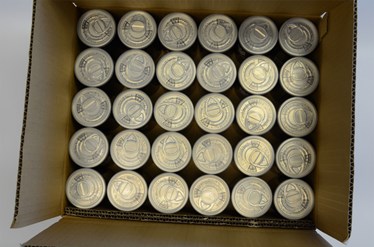