Introducing Rihei Ginger, a meticulously handcrafted, single-distilled Honkaku Shochu from Japan. This one-of-a-kind shochu is made from local ginger from Miyazaki Prefecture. With 38% alcohol genshu, this Japanese craft spirit contains 20% ginger, 30% rice, and 50% barley. Named after the distillery’s founder, Rihei Ochiai, this 4th generation, family run distillery honors the traditions of their 100-year-old past while taking on a modern twist for the 21st century.

While this spirit is new to the US, it has already received noteworthy attention by the Los Angeles International Spirits Competition by winning bronze medals in the shochu category and for overall packaging design aesthetics.

Ochiai started producing this ginger shochu after local farmers heard a buzz of Ochiai’s success with other unique local ingredients and came to the distillery requesting he craft a new shochu made from their amazing quality ginger.

Refreshing ginger notes on the palate with a tinge of spice and citrus that comes from the koji rice and barley. Any craft spirit enthusiast will enjoy sipping on Rihei Ginger, and it is also excellent in a wide range of classic and modern cocktails.

Established in 1909, Ochiai Distillery is located in the Miyazaki prefecture, which is also known as the heart of shochu country. Ochiai is a 4th generation, family run distillery that honors the traditions of their 100 year old past while continuing to evolve as an award-winning shochu producer in the 21st century. 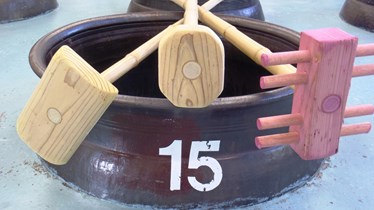 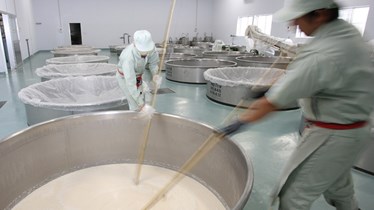 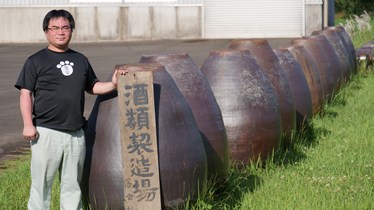 Honkaku Shochu or single distillation shochu is Japan's traditional distilled alcoholic beverage. Shochu is a distilled liquor in which the mash quality as well as the characteristics of the base ingredient are directly reflected to the quality of the spirit. Usually, shochu does not undergo cask maturation, therefor, undesirable flavors do not get mixed in and the authentic flavor of the base ingredient is retained in the finished product. Japan's shochu is different than South Korea's "soju". Both are very different in terms of production process as well as the drinking culture and customs surrounding the spirits.